Six basic populations (P1, P2, F1, F2, B1 and B2) of 12 crosses involving two resistant and six susceptible mungbean genotypes were screened to study the inheritance pattern of MYMV resistance. All the 12 F1s were susceptible indicating that the susceptibility is dominant over resistance. The F2’s of each of the 12 crosses exhibited a segregation ratio of 9S: 3MS: 3MR:1R indicating the involvement of two recessive genes (r1 and r2) in the inheritance of MYMV resistance. When both genes were present together in a homozygous dominant state, R1- R2, plants were highly susceptible (S). In contrast, when both the genes were in homozygous recessive condition, r1r1,r2r2, the resistant reaction was obvious. However, when one gene was in homozygous recessive (R1,r2r 2) condition, moderate susceptibility (MS) was observed while, when the other gene was in homozygous recessive (r1r1, R2), condition, moderate resistant (MR) reaction was observed. Thus, the F2 segregation, 9 (R1R2): 3 (R1r2r 2): 3 (r1r1R2-): 1 (r1r1r2r 2), was explained on the basis of phenotypic expression, 9S: 3MS: 3MR:1R, which was further confirmed in a back cross generation. 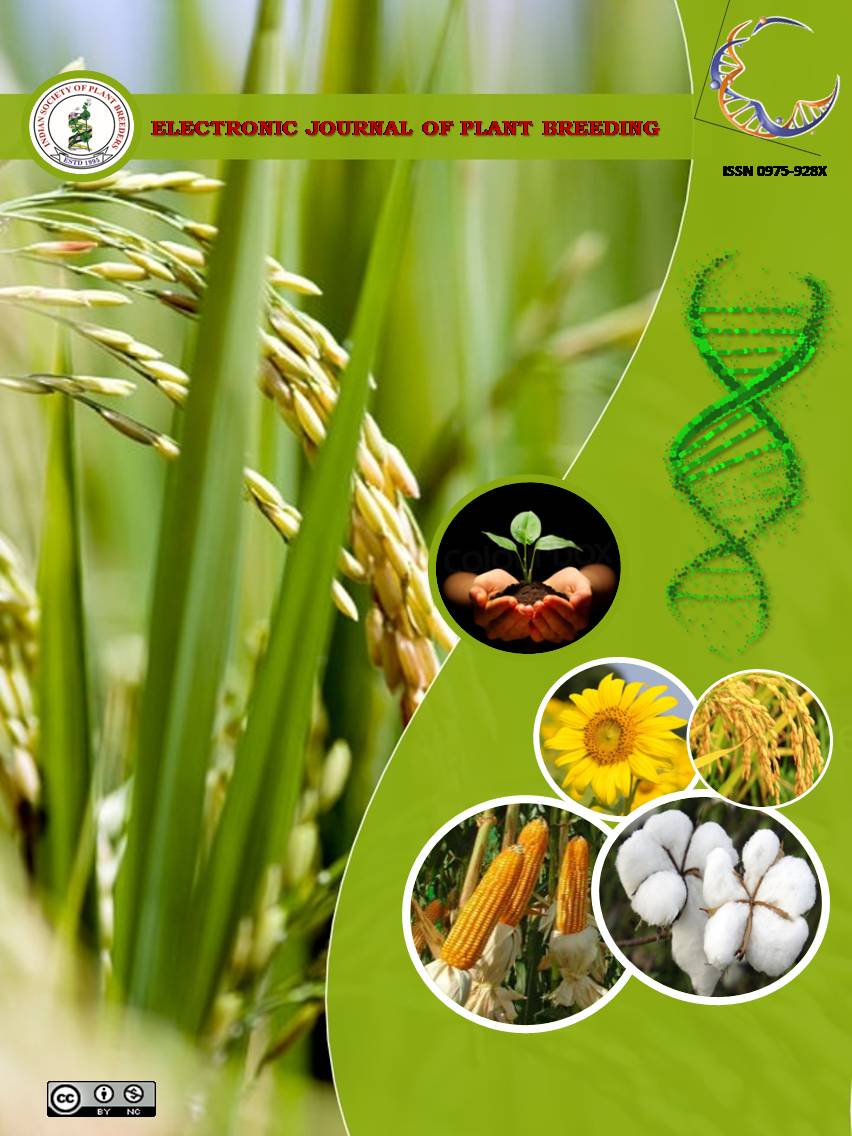